ROAR INTO THE STORM

Step 5 is, admittedly, a little different. But it’s an important one, so take it seriously and don’t forget it.

It’s called an addiction for a reason.

The simple answer is that you absolutely have to have a different outlet. Sex is clearly the best option here. Not a random, or not-so-random, one night stand. Not sex with whoever you can get your hands on. Sex within the covenant of marriage is the only acceptable way. You can go and find a one-nighter, but are you really trying to change one harmful habit for another? That is not the way for the man who seeks to lead himself and not be subject to the whims of his flesh.

I’m not going to lie and say this is always going to be easy or comfortable. It generally won’t be either of those things. But as I’ve said before, it will be worth it. I know many of you aren’t married, and even if you are you can’t always just have sex at the drop of a hat, especially if you’re a parent.

It’s in those times you have to dig deep. Find that grit within and refuse to budge. Nothing can move you; nothing can make you flinch short of God Himself. Find that place inside where you are in complete control; where you are the warrior king. Envision it. Make it real. Become it.

I’m serious. See this. Be this. View yourself as unconquerable. And when the battle arises once more you will see yourself as strong enough to stand and fight. And fight you must because the battle will not ever disappear completely. The temptation will be there forever. At least as far as I know. But then, I haven’t been around forever, have I? Maybe there will be a time of rest in this life, in the future.

But don’t count on it.

As the old saying goes, “It’s better to be a warrior in a garden, than a gardener in a war.”

Stay prepared and capable and willing to face down the demons regardless of whether the war is currently raging or not.

This is the mindset you must work on developing. It may not seem worth your time. It may seem silly to you. But you can keep thinking that up until nothing else you try works and you’re continually stuck in the cycle of “relief,” guilt, depression, etc.

So, where does the “roaring into the storm” part come in? That’s simple. It’s what you’re going to do when you’re at your wits end. When you are tired and ready to give in, you roar with everything you have into the storm. It doesn’t matter who hears you or if the storm changes at all because of your battle cry. Nothing matters outside you refusing to give in.

Roar into the storm and hear the God of all creation roaring with you. For these temptations are nothing more, in reality, than the products of living in a fallen world. But that’s not how God designed this world and it’s not how it will look when He’s done. That storm and those temptations are intruders and they don’t belong here. So roar your warrior cry if it’s the last thing you do in defiance of them.

I mean literally go outside and do this. No, there doesn’t actually have to be a storm out there, though it will probably feel more epic if there is. The point is that you need to let out all of that stuff that’s been building up inside of you. All of that energy has to go somewhere, so go roar – loudly, hit something – a lot, sprint down the street and back – a lot. Go for a long, long hike.

Just don’t stay wherever you were when the temptation hit you. You mustn’t if you want to win. The warrior king doesn’t sit and allow himself to be slaughtered. He seeks out the fight before it has a chance to wash over his home. That’s what you have to do.

Change your mindset and you’ll change your entire life. Learn to see yourself differently and you will begin to act differently.

Ask me how I know.

That’s all for this step. Short, sweet, and to the point. If you have any questions let me know down below. Step 6 will be up soon.

Until next time,
JP

PS: I know many of you are like me, which is the point of this series of posts. So I’m guessing many of you don’t like to overcomplicate things. I found a workout program that is simple and effective, and that will help you transform into the warrior king you were meant to be. It’s AJACs Fight Club Physique program and I can’t recommend it enough for those of you who are ready to stop screwing around and take control over your life. It’s time to start raging against the currently accepted mode of being. Check out the program HERE or click the image below. It’s very much worth it. I know because I’m following this program right now.

SACRED: Book One of the NIMEAN Trilogy 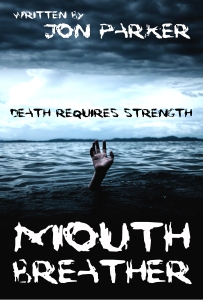 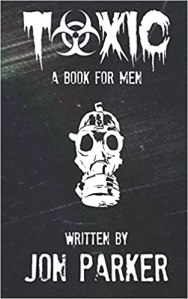